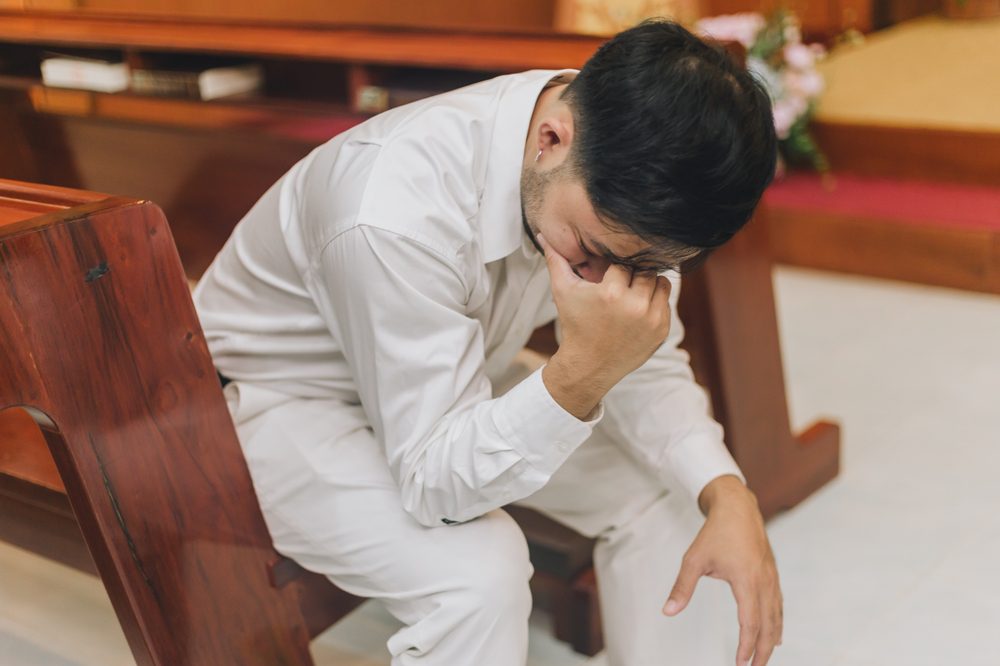 It would be interesting to talk about debt and religion during a time when so many people participate in rituals to honor their faith traditions.

A lot is going on in April for the religions of the world and their practitioners. Christians celebrate Good Friday and Easter. Jews hold Passover Seders. Muslims fast for Ramadan.

The number of Americans affiliated with a particular faith has declined over the last twenty years. In 1999, 70% of Americans belonged to a church, mosque, or synagogue. By 2020, that number had dropped to 47%.

Meanwhile, consumer debt is on the rise. According to the Federal Reserve, American household debt hit a record $14.6 trillion in 2021.

There’s no correlation between those numbers, but most religions advocate caution when it comes to debt.

Let’s look at how debt plays into the teachings of the three most popular religions.

Modern Christian beliefs vary by denomination and individual. People interpret original texts differently, and religious leaders’ teachers can become as revered as the words in the Bible.

Christians argue that taking on debt and religion can be necessary to comply with some religious mandates. For the most part, the Bible doesn’t condemn debt. A Christian fundamentalist organization cites a passage in the Bible in response to a question about debt.

“If anyone does not provide for his relatives, and especially for members of his household, he has denied the faith and is worse than an unbeliever.” 1 Timothy 5:8.

In order to live according to this value, a person might take out debt, like if their parent needs medical care.

Many Bible passages, however, encourage caution when taking on debt. (“The rich rule over the poor, and the borrower becomes the lender’s slave.” Proverbs 22:7)

Does Christianity have anything to say about the people who make the loans?

It’s against the law to charge interest “to another Israelite” in the Old Testament. According to Judaism, that provision prohibits Jews from charging interest to other Jews (more on that below), but modern Christians interpret it to be about guarding against predatory lending.

Former Pope John Paul II has called on Catholics to consider a passage from the Old Testament about a jubilee every seven years. “At the end of every seven-year period, you should relax your debts.” Deuteronomy 15:1-2.

In Tertio Millennio Adveniente, published in 1994, Pope John Paul II wrote, “Christians need to speak up on behalf of the poor, and the jubilee is a great time to think about reducing, if not canceling outright, the international debt that threatens many nations’ futures.”.”

Christian leaders advocate compassion for those who are in debt because of poverty. Christianity doesn’t prohibit borrowing, lending, or charging interest.

The Quran takes debt very seriously — both on the side of the lender and the borrower. If you don’t repay your loans, that could keep you from a peaceful afterlife. In the Hadith, a collection of Muhammad’s words and actions, there are a lot of warnings about debt.

A quote attributed to the prophet Muhammad states, “If a man were killed in combat for the cause of Allah, then brought back to life, and he incurred a debt, he would not enter Paradise until his obligation was paid up.”

Muslims are forbidden from prosecuting people who don’t pay their debts, especially if they’re unable to pay. That compassion for the needy shows up in other Islamic texts about debt. The lender should wait until the borrower’s financial situation gets better.

Due to its religious implications, the Quran encourages Muslims to keep a record of all their debts. That way, they can discharge them if they die in debt.

It’s illegal to charge interest. Islamic banks offer interest-free loans, and some US banks have interest-free mortgage loans for their Islamic customers. The buyer pays a premium above the market price.

Muslims must pay back any loans they take out. Interest is prohibited, and anyone seeking repayment must be compassionate.

The debt of Judaism

Chabad, a Jewish organization, explains this admonition. “Your fellow Jew is family. You shouldn’t help each other out on interest terms.” It’s just not appropriate for family members to help each other out. It’s meant to be that the Jewish nation should behave as a cohesive group, just like a single organism.

Judaism’s religious passages also mention forgiving debts in the seventh year, because the Torah and the Christian Old Testament are the same. Exodus 21:2 tells you, “When you get an [Israelite debt servant], he’s supposed to serve six years before being freed.”

Today, many read the phrase as requiring “making debt compassionate,”

In summary, Jews are forbidden from charging interest to other Jews and have found other ways to provide loans. Many Jewish leaders advocate kindness for those who are in debt and work to alleviate poverty.

Regardless of your religion, it’s good to know that all three of this country’s major religions advocate kindness and compassion towards borrowers.