Do you know who Count Victor Lustig was? If you don’t, you’ve missed out on one of the greatest cons of all time. He was America’s greatest con man. In fact, he was so good, he sold the Eiffel tower twice.

In 1936, at the age of 46, the Count was being led to Alcatraz island on a boat in the San Francisco Bay. His sleight of hand tricks, now known to all of America, had branded him as the most dangerous man in the country. That was Jazz-Era America for you. In 1935, he had been caught after a lengthy career, as the mastermind of a counterfeit banknote operation. The operation was so vast that it threatened to shake confidence in the American economy. As a result, when he was found guilty, a judge in New York sentenced him to 20 years in the infamous prison. Justice for the man that had sold the Eiffel tower twice.

However, his very name would then inspire curiosity. People would want to know what he had done that was so incredibly criminal. One of the most famous crimes that he had committed was that he had sold the Eiffel tower twice!

He Wasn’t a Count

He was no ordinary conman. Thus, he was unlike the prisoners that had arrived on Alcatraz. He dressed like a matinee idol and possessed this charm that would have everyone eating out of his hand. He spoke five languages and evaded the law like a fictional character. You’d have thought he was Moriarty from the Sherlock Holmes books.

The Milwaukee Journal described him as such. A secret service agent wrote that Lustig was “as elusive as a puff of cigarette smoke and as charming as a young girl’s dream.” The New York Times also labeled him as the sort of “dignified noble man” that wouldn’t stoop to theatrics. He was always reserved and didn’t give off the kind of bogus aura that would give him away. What would you expect from a man who had sold the Eiffel tower twice?

However, that was just the tip of the iceberg. His Count title was just one of 47 aliases that he carried. Along for the ride in his repertoire were several dozen fake passports. His web of lies was so intricate that it remains shrouded in history. On the Alcatraz paperwork, the officials called him “Robert V. Miller”. That was just another of his pseudonyms. He had claimed to hail from a long line of aristocrats who had European castles. However, new documents tell a different story.

The Ten Commandments of the Con

He wasn’t just a brilliant con man in name. He actually wrote down ten commandments, of sorts, to plan a con. And they’re filled with certain things that you’ll find are common to every conman. Here they are verbatim:

1. Be a patient listener (it is this, not fast talking, that gets a con-man his coups).

3. Wait for the other person to reveal any political opinions, then agree with them.

4. Let the other person reveal religious views, then have the same ones.

5. Hint at sex talk, but don’t follow it up unless the other fellow shows a strong interest.

6. Never discuss illness, unless some special concern is shown.

7. Never pry into a person’s personal circumstances (they’ll tell you all eventually).

If you’ve ever seen a conman on the street or on television, then you know that they abide by these rules. In fact, their confidence and charm and similar views are what win people over. Clearly, the Count was a master of the con. After all, he had sold the Eiffel tower twice.

He started out by conning first class passengers on board transatlantic ships. The newly rich were very easy for him. When Lustig arrived in the US, it was the end of the First World War. It was the roaring twenties; a period of excess that dominated life before the Great Depression.

This allowed him several opportunities that made him known to detectives in 40 American cities. He was not yet the man who sold the Eiffel tower twice. However, he was gaining a reputation.

His most successful scam was the Rumanian money box. A small box made from cedar wood with brass dials and complex rollers was touted to be able to copy banknotes. It apparently used radium. The big show that he put on convinced gullible victims.

In 1925 he arrived in Paris. He commissioned carrying the French Government Seal. After that, he presented himself at the front desk of Hotel de Crillon. He pretended to be a French government official. He wrote to the top dogs in the French scrap metal industry and invited them to the hotel for a meeting.

He informed them that the Eiffel Tower had to be torn down because of “engineering faults, costly repairs, and political problems”. He offered the tower to the highest bidder. It was so convincing that the bids flowed in.

This scam was apparently so successful, that he managed to pull it off a second time.

Lustig evaded the law for many years until he was finally caught on Saturday, the night of September 28, 1935. A car chase ensued and ended with FBI agents ramming their car into his. He apparently surrendered to the agents when they pulled their guns by saying “Well, boys, here I am.”

A journalist later heard a secret service agent tell him, “Count, you’re the smoothest con man that ever lived.”.

To this day, the Count’s true identity is shrouded in mystery. We may never know who he was. However, we know he met his end in Alcatraz prison on March 11, 1947. 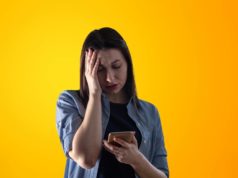 When I’m Away From Home, How Do People Contact Me? 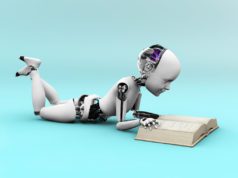 How Is Machine Learning Useful for Finance? 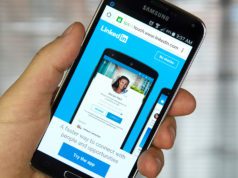 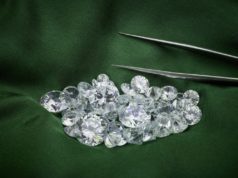 Why Are Ethical Diamonds Less Expensive? 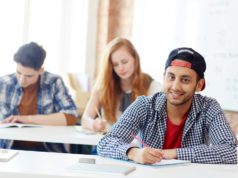 How students can cope with a business essay 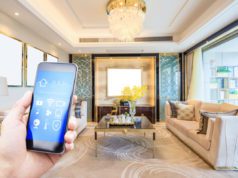